No Call Out Fee. One Call, Solves All.

Jetset Plumbing is your local Plumber Gold Coast. We specialise in all forms of general maintenance plumbing as well as Blocked Drains, Hot Water System Repair and Leak Detection.

Jetset Plumbing have been providing all residents with a Plumber Gold Coast can trust for many years. We can cover a wide variety of work for both residential and commercial properties, there is no plumbing job too big or too small.

Runaway Bay has a postcode of 4216 and a population of 9,068. The name ‘Runaway Bay’ was coined after developers believed the area could be promoted as a tranquil retreat for potential home and land buyers. This Gold Coast suburb consists of mostly canal estates, which were developed by Lae Enterprises from tidal wetlands in 1967. 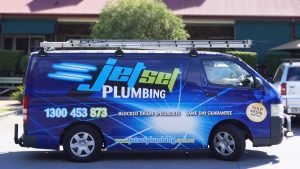